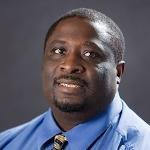 Coach Hosier’s leadership and positive attitude is reflected by his 12-year tenure as the Athletic Director and Head Men’s Basketball Coach for TCI College of Technology; he garnered winning seasons in each of the 12 years at the helm. He established this winning tradition without having a home court or stable practice facility. Coach Hosier states “Even though there were challenges when having to practice at many different facilities around the city, our ability to recruit Class A players/students was never hindered.”

Now entering his 9th year as the Founder and Head Basketball Coach for the PV Ballerz, Coach Hosier is poised to bring his winning ways, experience and the knowledge necessary to develop his players into exceptional students and reputable athletes. Hence preparing them for the next level in basketball, life and academics.